This is a submission to Game Off 2017

View the submission page for this entry

Your 3 GENERALS are about to DEMO their new SUPERWEAPON!!!

This has to be stopped at ALL COSTS!!!

This game is a loveletter to both old GBA games and old 2000's PC indie games.

Please ignore the rude person in the Notes section. They are detrimental to your self estem :(

==How To Change Controls===
You can't.
The default controls are vital to gameplay.

Questioning this is not permitted.

Sometimes the soldier enemies will get very scared at your prescence and stop moving.
Even when you leave their cone of vision.

This is completely intentional and not a combination of fighting with engine bugs, my poor programming and tight deadlines.

And yeah, sometimes the warps mess up upon loading a game and don't recognise that they've been activated  (FXXXING ENGINE BUG),
thus creating multiple copies of themselves in the warp list.

But you're a fat manchild naked at their computer. Be considerate, would YOU want to be told the truth?

Also, the main character's feet go into the ground because I needed to resize their hitbox last minute so they don't get stuck.

Shut up fatty, I bet you wish YOU could resize your "Hitbox"

Alright, all jokes aside. I am probably going to get my ass handed to me.

I love this game and worked hard on it.
But the cold hard truth is that teams of far better programmers, artists and musicians have probably already won.

Yes I know the blade weapon is OP (if janky), but you deserve it if you picked it up.

You bothered to find a secret in MY GAME! and that means a lot to me...

Thanks if you played this. It means more than you could imagine.

Feel free to use the code in any way you want. There's a lot of cool stuff for the aspiring godot metroidvania maker.

This game is probably more fun to mod than play lol.

I'd like to keep ownership of the art and sounds however. (Feel free to use it in fangames though)
Those walk cycles were hard to draw! Expect to see them in my next """Great""" title.

Open zip. Run executable. Inevitably be dissapointed with the game. 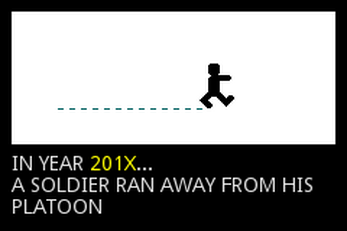 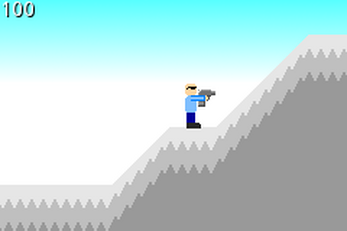 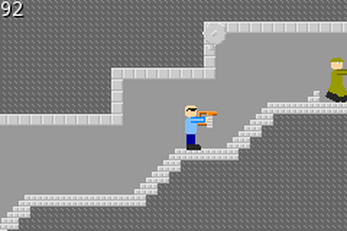